The Kadima Conservatory of Music, Inc provides scholarships for both private and group instruction to over a third of its student population. Three prestigious awards are given through the year to students who embody the Kadima Spirit. Special thanks to our “Maestro” donors: Bob & Wendy Phillips’ Jeremy Charles Phillips Fund, Chris & Angie Phillips, The Scheinerman Family, & AIG Matching Grants Program.

The Jack Kesselman Orchestra Award is presented each year to a Kadima Conservatory Philharmonic student or students who live his motto “Find something you love and do it”. The award is given on merit and not financial need. Recipients receive a full orchestra scholarship, for one session. The award is made possible by the Kesselman Family in memory and honor of their father, Jack Kesselman. This award has been presented annually at the Session III concerts since 1995.

The Wendy and Jeremy Charles Phillips Scholarship was established in 2005 and is sponsored by Bob & Wendy Phillips. The award is given to a student in the conservatory who demonstrates both exceptional merit and financial need. The Jeremy Charles Phillips Award honors Jeremy’s memory in that excellence and commitment should always be given the opportunity for nurturing. Recipients of this award receive both private lessons and orchestral instruction throughout the year. The Jeremy Charles Phillips award is presented each year to a Kadima Conservatory Philharmonic student in loving memory of Jeremy Phillips who enjoyed nothing more than to provide opportunity to others. With this award his spirit lives on.

e Sandra Elaine Kesselman Award was established in 2020 by Beth Elliott, Sandy’s only daughter. This award is given to a student in the Conservatory, who might otherwise “fall through the cracks”. Sandy’s spirit embodied inclusivity, opportunity, and hope. The Sandra Elaine Kesselman Award is dedicated to all people who persevere with heart, desire, and dedication. This is how Sandy lived.

The Altschul Family Scholarship Award was established y in the summer of 2021. It is given only in the spirit to make “anything” possible for a student with great desire and great need. With this award we make dreams come true. Many thanks to the Altschul family for making this possible. This year this award makes Michael’s dream come true.

The Kadima Conservatory is supported by the County Arts Commission, City of Los Angeles Department of Cultural Affairs and the California Arts Council. 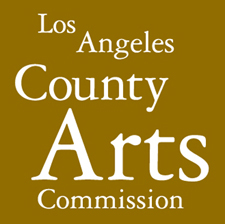 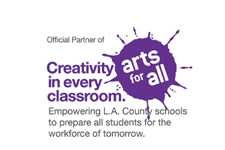 Recipients of the
Jack Kesselman Award