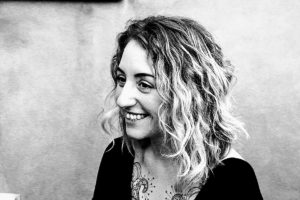 Dr. Christine Tavolacci is a Los Angeles based flutist, composer, and educator specializing in contemporary music. She is active as a soloist, improviser, curator and chamber musician both in California and internationally. Christine is passionate and active in the field of arts education. From 2013- 2018, she served as Program Manager for Harmony Project in Los Angeles, designing and maintaining a winds & brass program for hundreds of students in the East Hollywood/Koreatown area. During this time she was also actively involved in their peer mentorship program, overseeing and training advanced students who served as mentors in beginning instrumental classes.

At the collegiate level, she has been a guest lecturer at UCLA, University of Redlands and CalArts, an associate instructor at UC San Diego, and has taught several workshops on contemporary and experimental music to middle and high school students. Christine also maintains a private flute studio consisting of students of all ages.

As a flutist, she has been involved in the premiere of many new works, and is co-founder and co-director of Southland Ensemble; she has performed as part of Monday Evening Concerts, The Dog Star Orchestra, The Industry, Ojai Festival, LA Phil Noon to Midnight, and the Vinny Golia Large Ensemble. Her playing has been released on Orenda Records, Slub Music(Japan) and Tzadik. Christine received her BFA in flute performance from California Institute of the Arts, as well as a Diplôme de Specialisation with mention trés bien from the Conservatoire National de Region Strasbourg in Strasbourg, France, where she studied flute with Mario Caroli. In 2017, Christine completed her Doctorate (DMA) in Contemporary Music Performance at the University of California San Diego.