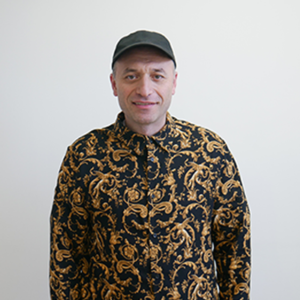 Artashes Sinanyan was born in Yerevan, Armenia, the former Soviet Union. In 1990 after graduating from the Special School of Music n.a. Tchaikovsky, Artashes attended the State Conservatoire of Music, majoring in percussion instruments. During those years he became a member of the Yerevan Percussion Ensemble and Vice President of Percussion Art Society/Armenian Chapter (centered in USA). In 1994 Mr. Sinanyan moved to Moscow, Russia to continue his education at the State Academy n.a. Maymonid where he became an honor student. He graduated from the Academy with a Higher Educational Diploma. As a talented performer, he became a member of the Moscow Percussion Ensemble, participating in numerous concerts and festivals in Russia as well as outside Russia from 1994-1998. In the capacity of a musician-actor Mr. Sinanyan has collaborated with the V.Meyerhold Creative Center. From there he participated in different International Theatrical Festivals in Switzerland, Finland, Russia, France, and Sweden.

In 1998 Artashes moved to the United States. He founded the percussion department and choir chimes ensemble at the Lark Musical Society in Glendale. In 2002 Artashes established “ArtPerc Music Production”. The goal of production is to present the unique arrangements of music of the worlds great composers. Mr. Sinanyan joined the Kadima Conservatory of Music in 1998 as the Percussion Director. He also leads their choir chimes program and teaches theory during their summer music seminar. Today, Mr. Sinanyan is continuing his outstanding musical career. He is performing as a soloist and performs in various symphonic orchestras.